„Złoty Paragon 2018 – Nagroda Kupców Polskich” Awards were handed out. Once again, our Herbapol and Big-Active brands were recognized in this prestigious competition.

For the 8th time, the readers of Hurt & Detal magazine decided on products to be recognized with „Złoty Paragon – Nagroda Kupców Polskich” Awards. The announcements were made at a gala held on May 24th, 2018 in Kamienica Theatre in Warsaw.

During the event, products that influenced Polish retail trade most were presented. Also, products that – according to the magazine’s readers – were most competitive on the market, were recognized. Over 370 products in 61 categories were submitted.

Moreover, in Syrups category, our raspberry syrup from Fruit Pantry line, was declared winner and received the „Złoty Paragon 2018” Award.

The event was hosted by Zygmunt Chajzer and Dorota Gardias. 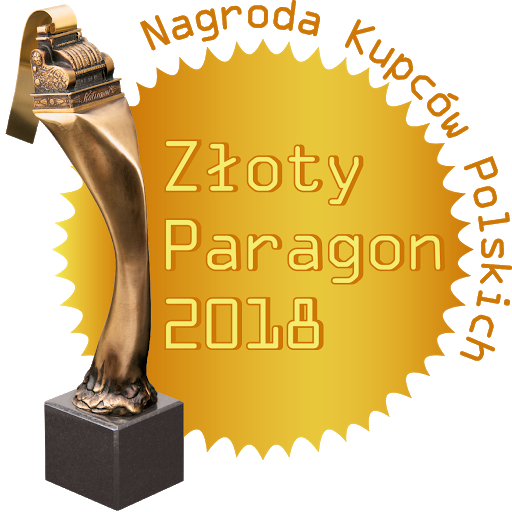